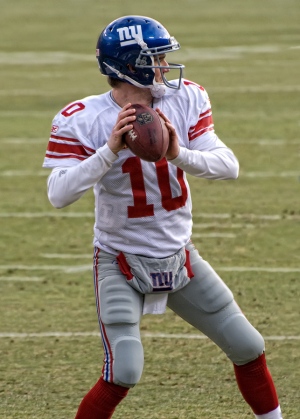 In the NFL it is important for every player to know their role and responsibilities on each and every play. What route to run, what to do when the defense blitzes, which direction to break when the QB throws the ball. A play will rarely work out when players are not on the same page.

Sometimes it is good to go back to the basics and make sure that everyone is on the same page and understands the goals of the team. This is true in the church as in any area of life. And this can be done when things are going well or when they are not running smoothly.

I recently took a look at what the Scriptures taught regarding the role of the deacon.

The role of deacon is translated from the Greek διακονος, which means servant, or the one who executes the commands of another. In most uses it means just that – a servant. In two places it clearly identifies a role that is filled in the church.

In Philippians 1:1, Paul and Timothy are writing to the church and address the letter to three groups within the church:

From this we see that the early church was comprised of the elders, the deacons, and the saints. Interestingly there is no mention of the role pastor.

When Paul wrote to Timothy, whom he had just left to oversee the church in Ephesus, he gave him lots of advice. This included the charge to install elders and deacons. As part of the advice he listed the qualifications that each must fulfill before being installed into the role (1 Tim 3:8-13). This post will not examine these qualifications in detail nor explore whether women can fill either position. In comparing the lists, it is interesting to note that among the qualifications there are several differences. The one that stands out is the requirement that elders be able to teach. The deacon does not have to possess this ability or gifting. This of course does not preclude them from having this gift, but it would not be one they would need or use in their role as a deacon.

This is the extent of the passages that explicitly describe the role of the deacon. However there is a narrative that appears in Acts that is often used to define the role and responsibilities that a deacon has. As we look at this passage (Acts 6:1-6), we should remember that the seven men are not identified as deacons, although it seems reasonable to conclude that is the role they are filling.

The deacons primary role is to oversee those tasks that are normally the responsibility of the elders but which have been directly delegated to them.

In Acts 6:1-2 (NASB) we see that in the early church there was a problem or complaint that was brought before the elders (specifically the twelve):

Now at this time while the disciples were increasing in number, a complaint arose on the part of the Hellenistic Jews against the native Hebrews, because their widows were being overlooked in the daily serving of food. So the twelve summoned the congregation of the disciples …

It should be no surprise to us that the people in the church brought their complaint to the elders since they are responsible for the oversight of the local church (Acts 20:28; 1 Tim 3:1-2). Before we examine the solution it might help to make a few observations.

In dealing with the problem, the elders created what is likely the role of the deacon. The purpose in creating this new role was so that the elders could remain focused on their primary tasks of overseeing the whole of the church, teaching and studying the Scriptures, and prayer (Acts 6:2;4; 1 Tim 3:2; 5:17).

The seven qualified men were chosen for a special task (Acts 6:3 NASB):

Therefore, brethren, select from among you seven men of good reputation, full of the Spirit and of wisdom, whom we may put in charge of this task

These men were put in charge of a specific task. The elders had delegated their responsibility of overseeing the fair distribution of resources to the needy in the church to these deacons.

The verb “put in charge” is the Greek καθιστημι, which has several meanings including 1) to take someone somewhere, 2) to assign someone a position of authority, and 3) to cause someone to experience something. Clearly the context would fit the 2nd possible meaning of the word. Other examples of this word used in a similar way include Matt 24:47; Luke 12:14; and Titus 1:5.

The two important things to take away here are:

The passage in Acts 6 describes the elders delegating their role of oversight to a select group of mature believers. In this example it was over the distribution of resources to the needy. From this the following principle can be derived.

The deacons primary role is to oversee those tasks that are normally the responsibility of the elders but which have been directly delegated to them. This allows the elders to remain focused on the oversight of the entire church, to study and teach, and to pray.

It would seem that these tasks may be assigned temporarily or for long periods of time as the elders require.