In chapter 26 of his Institutes Volume 2, the British, Arminian theologian Richard Watson (1781–1833) explores the response of an individual to the Gospel. Using 1 Corinthians 4:7 as a starting point, Watson first presents the case from the Calvinist point of view of a Mr. Scott. 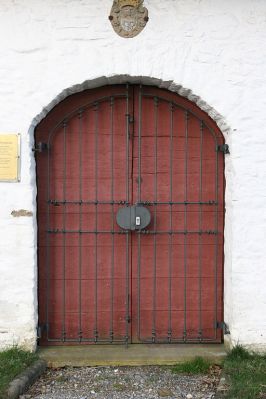 By Frank Vincentz (Own work) [GFDL or CC-BY-SA-3.0], via Wikimedia Commons

“Let the blessings of the Gospel be fairly proposed, with solemn warnings and pressing invitations, to two men of exactly the same character and disposition: if they are left to themselves in entirely similar circumstances, the effect must be precisely the same. But, behold, while one proudly scorns and resents the gracious offer, the other trembles, weeps, prays, repents, believes! Who maketh this man to differ from the other? or what hath he that he hath not received? The Scriptural answer to this question, when properly understood, decides the whole controversy.”

When one individual accepts and another rejects the gospel, what is the difference maker?

The deterministic view of free will in the Reformed position can be seen in this quote as the Reformed writer expects the same result (rejection) to occur when the Gospel is shared with two people who have same character and disposition and are in the same situation. However, ‘left to themselves’ the result is both individuals will reject the Gospel because in their natural state they are unable to respond in faith. Why then does the one individual respond in faith? What makes this person different from the other who refused the Gospel?

The difference maker is not found in the character of the individual. Nor can the difference maker be found in the circumstances of the individuals. All of these conditions were controlled and kept the same. The only reason that a person accepts the gift of salvation is because God applied sufficient, efficacious grace to the elect individual. It is for this reason that salvation can be said to be all of God. This is the conclusion that we are led to infer.

When two individuals (one elect and one non-elect) reject the gospel, what is the difference maker?

The man was elect from eternity; he is no outcast from the mercy of his God, and the redemption of his Saviour, and yet, in one period of his life, he proudly scorns the offered mercy of Christ, at another he accepts it.

It is clear, then, that the doctrine of election, simply considered in itself, will not solve the [problem]: for the mere fact, that one man rejects the Gospel while another receives it, is no more a proof of the non-election of the non-recipient, than the fact of a man now rejecting it, who shall afterward receive it, is a proof of his non-election

Watson rightly says it is not possible for us to know whether an individual is elect or not based on their rejection of the Gospel. An individual’s current rejection may make it appear that they are not elect, but they may accept the Gospel at a later point in time because they are actually elect and ordained to eternal life.

If the sufficient and necessary grace of God is the only difference between the individual that accepts the Gospel message and the person that does not, then what is the difference maker between two individuals (one elect and one non-elect) who both reject the Gospel? Asked a different way, in the case of an individual who rejects the Gospel, what can we say about the grace that this person received?

Is the man who rejects perseveringly, and he who rejects but for a time, perhaps a long period of his life, left without any good motions or assisting influence from the grace of GOD, or not?

This question seems to admit of but one of three answers. Either he has no gracious assistance at all, to dispose him to receive the Gospel; or he has a sufficient influence of grace so to dispose him; or that gracious influence is dispensed in an insufficient measure.

What grace, if any, was given to an individual who rejected the Gospel? Watson lists the only three options to this question:

How would you answer that question?

[read Part 2 for the rest of Watson’s evaluation]

2 thoughts on “Watson: On Responding to the Gospel”