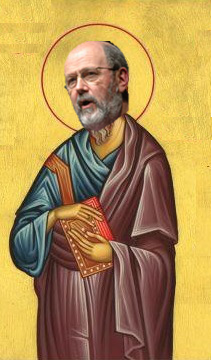 We have been studying the book of 1 John, and I have been catching up on reading Simply Jesus. In doing these two things I thought it would be interesting to re-read through 1 John and apply N.T. Wright’s 5 Act Hermeneutic.

Wright hermeneutic is based on taking the Scriptures as a meta-narrative, laying out its epic story (told in 66 books) in five acts (like a play). This story is about our God who loves His creation and the people in it. In this story there is an enemy, the Accuser who has deceived the people and wreaked havoc on creation. This enemy needs to be defeated. This meta-narrative includes the stories of people struggling within a corrupted creation filled with disease, sin, and death. And throughout it all we see God’s working out his plan to send a hero who will come to defeat the enemy and ‘put the world right‘. Here is how Wright sees these 5 acts:

In Simply Jesus, Wright gives us examples from history that demonstrate the expectations that Israel had for their Messiah King. The people expected the Messiah to come and fight for the freedom of God’s people who are held captive to oppressive forces. What Israel usually missed (and likely so do most of us) is the fact that the real enemy was not Egypt, Babylon, or Rome but the Accuser, sin, and death. Wright then shows us that Messianic movements generally had three phases:

I thought I would blend this with the 5 Acts. But as I read through 1 John I found the need for a 6th Act where the ultimate victory and the return of Christ would fit. I am not sure how Wright see’s eschatologocial events within this hermeneutic, though I should note that I have not read Surprised By Hope, which may provide some insight.

John probably did not write his book with the story of Scripture laid out as five (or six) separate acts in mind. And this hermeneutic doesn’t change the fact that John wrote his work primarily for people living in act 5 addressing false teaching and encouraging struggling believers who lacked assurance.However, it is interesting to see that he draws on each act to varying degrees within the work, and all the elements of the meta-narrative are there.

Act 1 and 2: Creation and the Fall
John does not refer to the creation directly. However, in the prologue he mentions that which was from the beginning, which many understand to parallel the opening to the Gospel of John (1:1-14) and refer to Jesus (the Word of Life) at the beginning of creation.

Their is a theme that runs within this work that the world is not as it should be. The world needs fixing because there is an adversary who has been sinning from the beginning (3:8) and who has power over the world (5:19). Because of this enemy, the world is in darkness and rejects God (1:9,11;4:5) and the desires that characterize this world bear his mark rather than those of the Father (2:16). This enemy must be defeated and his works destroyed (3:8) so that the world and its people can be reclaimed by God.

John uses Cain (Gen 4:1-8) later in the book as an example of someone who was a child of the evil one and lived accordingly, murdering his brother and rejecting God (3:12-14).

Act 3: Israel
John does not explicitly mention Israel. However, in arguing for the need for people to believe and confess that Jesus is the Christ (2:22; 5:1) we can’t overlook this act since the Messiah was promised to come through Israel. John also mentions the old commandment that was from the beginning (1:7), which likely refers to the Mosaic Law and the principles of loving God and loving your neighbor upon which it rests (Matthew 22:35-40).

John reminds us that the victory achieved was only the initial victory because darkness and the world are currently passing away and the world still remains under the power of the evil one (1:8; 2:17; 5:18). These powers will not be ultimately defeated until Christ’s return, but the path to victory over these powers has been provided by our faith in Christ (5:4-5).

Act 5: Church
Wright sees act 5 as the place where we are free to improvise within the story. The act that occurs between the initial proclamation and the ultimate victory. John does too, as looks back to what Jesus has accomplished and forward to a complete victory at his return (2:28-3:3; 4:17). John is writing to provide the boundaries within which we are to improvise and still stay within character during this part of the story.

Our walk and love are rooted in the work of Christ and empowered by the Spirit (3:24;4:13) that we are given when we place trust in Jesus. They are the evidences that we have been transformed and have eternal life.

Act 6: Victory
John urges us to live and improvise with the knowledge that Jesus is returning to consummate the ultimate victory defeating the Accuser and death, restoring creation, and transforming God’s people. That is when creation will be ‘set right‘.