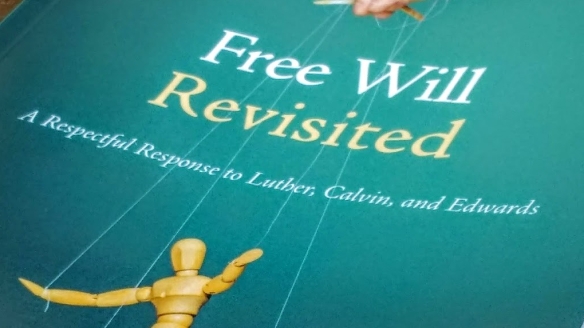 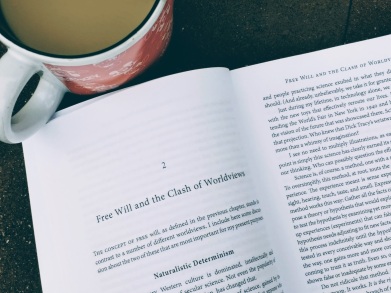 These chapters provide good, concise rebuttals to Luther, Calvin, and Edwards. The main thrust of each counter-point would be familiar to those well-read on the debate between Calvinism and Arminianism. The book concludes with a summary of the arguments against free will and a summary of Picirilli’s arguments for our ability to choose among possible alternatives.

What is Free Will?

One important point made up front in the book is the importance of defining free will before discussing the theology of the effects of the Fall and grace.

Picirilli offers the following definition of free will in the opening chapter.

His further refinement of this definition aligns with what is known as libertarian free will [LFW], and the author acknowledges this. Picirilli argues that a will that is free has the ability to make a choice between alternatives that “really could go either way”.  If this is not possible then there is no choice and thus no will to exercise.

A person has free will if he is often in positions like these: he must now speak or be silent, and he can now speak and can now remain silent [4]

The LFW that Picirilli is arguing for is known as self-determinism, in which the agent, not chance or randomness, causes the choice.

Free Will, Total Depravity, and Scripture

Theologically, the free will Picirilli argues for is part of bearing the image of God. It is something we have and always will have. It is involved in any choice that is made. Only after we establish a working definition of what is meant by free will, asserting what it is able to do, can we then discuss how depravity impacts our will in certain choices.

First we define free will and then we can talk about how depravity affects it and where grace must intervene. [5]

This is such an important point. If debates between theologians started here perhaps the confusion that often occurs could be avoided.

In chapter 3, a Biblical defense for LFW is made. In laying out his case Picirilli admits that the Scriptures do not “speak directly to the issue”.  However “the Bible everywhere assumes, in its presentation of the interactions between God and humans, freedom of the will.” Numerous passages are then offered and explained. This chapter makes an excellent reference for those interested in what the Scriptures say on this matter.

I would submit that any objective reading of the passages … must at least consider the likely possibility that the Lord was dealing with the people about things they could reasonably be expected to do, in at least some conceivable way  [6]

It is essential for prospective readers to understand that the author affirms depravity, as a result of the Fall, and the impact that it has on our nature. Depravity makes certain choices – particularly a response of faith and repentance to the Gospel – impossible without intervening grace.  However, the author argues that when God commands certain actions and invites people to respond to His appeals that He also enables that person, so that they can choose to accept or reject the proposition being set before them.

It is difficult to see how free will could be any more plainly exposed, at least if one assumes that the enabling grace of God is at work. [7]

A summary on Luther, Calvin, and Edwards

Picirilli was very charitable in the sections dealing with each major work that was written against free will.  He examines each work, noting where there is agreement between himself and the author that rejects free will.

Picirilli not only provides good outlines and summaries of each work, but also compares and contrasts the arguments and views that each of these theologians have with each other. The table below highlights some of the major points, at least as I understood them, emphasized by Picirilli.

Reading through both parts two and three of the book it was often hard to determine whether the free will choices being discussed were being narrowly examined – as they relate to doing good or evil from a theological view. Or whether these choices were being more broadly assessed as in the illustration by van Inwagen cited above. For example, is a person free to choose between remaining silent or speaking up at a meeting discussing software design.

Free Will beyond Theology

In reviewing this book I have to interact with the author’s stated aims and not drift into critiquing something that falls outside of these. However, chapter two is written comparing naturalistic and theological determinism so I feel that the comments offered here are reasonable.

In the discussion on naturalistic determinism, Picirilli asserts that the prevailing view in science is that our actions are determined, the result of prior causes.

As an all-encompassing world view, naturalism has no room within it for free choices… [8]

If this topic was going to be introduced, this book could have been strengthened by including some of the arguments against free will made by scientists and philosophers outside of a theological context. Sam Harris and Daniel Dennett come to mind.

Picirilli further contends that “freedom of the will is… grounded in a Christian worldview.” I mention this because (IMO) it would have been worth noting that free will is also debated outside of Christianity and Calvinist/Arminian theological circles. Readers could have benefited, knowing that there are good arguments for libertarian free will that are based, not on theology, but on philosophical and scientific grounds by proponents such as William James, Peter van Inwagen, Robert Kane, Robert Nozick, Roderick Chisholm and Michio Kaku.

Who is this book for?

This book primarily deals with free will in respect to the Calvinism/Arminianism debate, and only minimally interacts with other aspects of free will. It provides an excellent summary of the major works on free will by Luther, Calvin, and Edwards. Anyone interested in getting a good overview of these works and understanding the major points that each of these authors bring to bear on the debate would benefit greatly from this work. This work would also be an excellent starting point for the reader that wants to read the original works, such as Luther’s Bondage of the Will, giving them an outline of the larger work and how the parts function together to form the argument against free will.

Given the complexity of the topic, this book could be too advanced for those who are not already familiar with the key aspects of the Calvinism/Arminianism debate or who are new to the various terms used in discussing free will.

The reader should note that I was provided a copy of this book by WIPF & Stock in exchange for a review. As a reviewer, I come as one who holds to the key tenets of Arminianism, but is not affiliated with the Baptist denomination.