Carlo Rovelli, a theoretical physicist, writing for Edge explores how to reconcile the determinism of physics with free will. He notes that science cannot relieve the tension unless we first define what “free will” means. In this article he defines free will from a compatiblist point of view.

the expression “be free to choose” … simply refers to the fact that the determining factors are internal and not external. This causes no conflict with determinism.

He also explains that:

The idea that free will may have to do with the ability to make different choices on equal internal states is an absurdity, … Our idea of being free is correct, but it is just a way to say that we are ignorant on why we make choices.

He then goes on to give an illustration of compatibilism that originates with the philosopher Daniel Dennett.

The Rover (the machine with wheels) sent to Mars a few months ago is programmed to move autonomously on Mars, and has a complex navigation system that analyzes its surroundings and decides where to move according to a set of assigned priorities. Say to make longer journeys, in order to explore different regions and send the images to Earth. 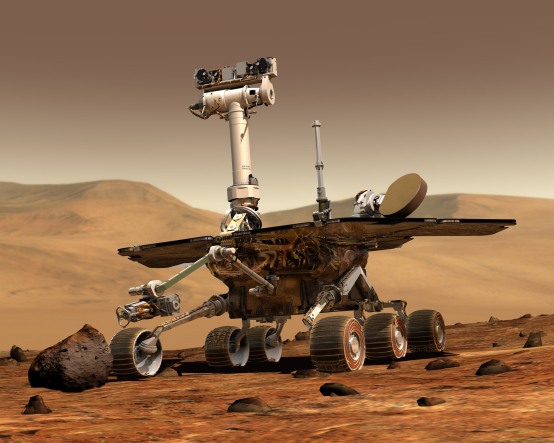 However, the Rover can end up in a situation where it can no longer move, for example because is got stuck between two boulders. Or, scientists from the control center on Earth may decide not to leave the Rover’s program to decide by itself, and to intervene and compel the Rover to go back. For example because they have independent observations of a dust storm approaching. In either case, we can say that the Rover is “no longer free” to go where it wants, because it is stuck between two rocks, or because the engineers at NASA have sent a radio control that blocks the freedom of decision of the program on board.

After the sand storm is over or after being freed from the two boulders, the Rover regains its “freedom to decide” and begins to run only on its own “choices” of where to go. This is a particular sense of the expression “to be free to decide.” We often use this expression in this sense.

I found this illustration interesting and illuminating. However, I was wondering if other people holding a compatibilist point of view thought it captured and properly depicted their definition of free will.

From this point of view, the problem of the conflict between free will and physical determinism dissolves completely …

I was also unsure how this solves the problem. The free will of a compatibilist seems to be just as mechanistic as the hard determinist that denies free will. In the case of materialists the internal “biological software” of a person is driven by deterministic natural laws. In the case of theists the internal factor that determines a person’s action is their strongest desire, which is causally determined.