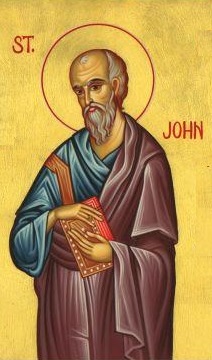 John opens his writing with what Raymond Brown calls a “grammatical obstacle course”. Here are 5 observations that will help you navigate this challenging passage without breaking too much of a sweat.

1. The main verb – we proclaim to you – occurs in the third verse. It is buried beneath numerous relative clauses (that which …). These clauses expand on the idea communicated by the main verb. They (along with the prepositional phrase) will tell us what is being proclaimed.

2. What is being proclaimed is – about the word of life. The ‘word of life’ is none other than Jesus who was seen, heard, touched, and made manifest to John. The ‘word of life’ is also inclusive of not just the person Jesus but the message he taught (1:5). This message centers on eternal life which is both the person Jesus (1:2; 5:20) and what He promises to those who receive Him (2:25;5:11-13 also John 1:11-12;6:68). John is writing so that people in the community who have heard this message before (2:24-25) can have assurance (strong confidence) that they possess eternal life (5:13) or for those that have false professions recognize that they do not have it.

3. What does the phrase – in the beginning – refer to? That is debated throughout the commentaries. Some see this as referring to Jesus prior to the incarnation and His coming to earth. Others see it as referring to the start of His earthly ministry (at the baptism). Both have good arguments. The pre-incarnate view focuses on the similarities with the Prologue in the Gospel of John (1:1-14), while the earthly ministry view focuses on John’s emphasis that Jesus was made manifest (also John 15:27). While John likely had one meaning in mind when he penned the phrase both ideas are captured in the prologue. With the repetition of words like see, hear, touch, and manifest, the earthly ministry is clearly on John’s mind. However, the pre-incarnate Jesus can be seen in the relative clause – that which was with the Father.

Looking ahead we can see the outline of John’s Christology which also captures Jesus’ death (blood that cleanses (1:7)), resurrection (advocate that is with the Father (2:1-2)), and His future return (2:28;3:2).

4. The pronoun “we” in the prologue is plural and thus refers to a group of individuals. It does not refer to the Johaninne Community since they are clearly referenced by the “you”. Furthermore it is unlikely that the community has seen and heard Jesus directly. However, if early church testimony that this writing is authored by John and the late dating theories are both correct (meaning John is likely the only surviving apostle) then who or what does the “we” refer to? I think it is meant to remind the readers that there are (or were as most have likely died) several witnesses to Jesus and his ministry. I think it also refers to the Rule of Faith which would encompass the body of teaching that the apostles proclaim.

5. What is being proclaimed has a purpose. Two are identified in the prologue. The first is so that those who read this book would have fellowship with “us”. The second is so that “our” joy may be complete. Here the “us” and “our” refer back to the group identified by the “we” that is doing the proclaiming. One thing worth noting is that the writer did not say that he proclaimed this message so that they might have fellowship with the Father and Son (more on that in a future post).

On what basis does the author seek to have his joy completed? If we accept that 2 and 3 John are written by the same author as 1 John then the joy that the writer hopes for is likely rooted in knowing that the Community is walking in truth (2 John 1:4; 3 John 1:4). Walking in truth and light are certainly themes in this book as well (1 John 1:6-7; 2:6). The joy rooted in our walk is also strongly tied to the overall purpose of the entire writing (5:13) since it is our walk that allows us to have assurance and to know that we truly possess eternal life by faith (5:1,13).

13 thoughts on “5 observations on the Prologue in 1 John”