In the Death of Death in the Death of Christ (1647), Dr. John Owen offers a famous argument for a limited atonement. This argument appears at the end of Book I, chapter 3 (link) and seems to force the reader to accept Dr. Owen’s conclusion that Jesus only died for the sins of some, rather than all, people.

To which I may add this dilemma to our Universalists:—

God imposed his wrath due unto, and Christ underwent the pains of hell for, either

If the last, some sins of all men, then have all men some sins to answer for, and so shall no man be saved; for if God enter into judgment with us, though it were with all mankind for one sin, no flesh should be justified in his sight: “If the Lord should mark iniquities, who should stand?” (Ps. cxxx. 3). We might all go to cast all that we have “to the moles and to the bats, to go into the clefts of the rocks, and into the tops of the ragged rocks, for fear of the Lord, and for the glory of his majesty,” (Isa. ii. 20, 21).

If the second, that is it which we affirm, that Christ in their stead and room suffered for all the sins of all the elect in the world.

If the first, why, then, are not all freed from the punishment of all their sins? You will say, “Because of their unbelief; they will not believe.” But this unbelief, is it a sin or not? If not, why should they be punished for it? If it be, then Christ underwent the punishment due to it, or not. If so, then why must that hinder them more than their other sins for which he died from partaking of the fruit of his death? If he did not, then did he not die for all their sins. Let them choose which part they will.

This argument seems to box in the opponent of limited atonement. But only because Dr. Owen presumes that another premise is true.

Jesus does not make salvation possible for all but actually saves those whom He specifically chose to die for.

This is stated clearly in chapter 1 of Book I 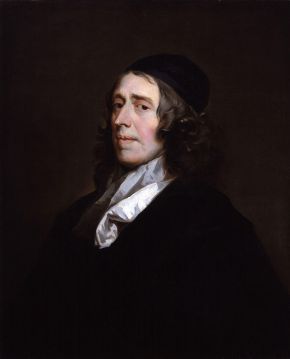 The sum of all is, — The death and blood-shedding of Jesus Christ hath wrought, and doth effectually procure, for all those that are concerned in it, eternal redemption, consisting in grace here and glory hereafter.

Owen goes on to argue that those who hold to a general ransom, in which Christ “died to redeem all and every one”, must deny “that any such thing was immediately procured and purchased by” Jesus death. Opponents of a limited atonement must hold that

no benefit ariseth to any immediately by his death but what is common to all and every soul, … until an act of some, … to wit, faith, do distinguish them from others.

Dr. Packer writing in the introduction in the 1958 reprint (link) writes more clearly and concisely that “the purpose of [limited atonement], as we shall see, is to safe guard the central affirmation of the gospel – that Christ is a redeemer who really does redeem.”

But what would it mean to say of an unbeliever in hell that Christ died for his sins? Would we mean that the debt for his sins was paid? If so, why is he paying again in hell?

The answer will be found as we explore Dr. Owen’s argument with one of our own. For the sake of argument, we will presuppose many Calvinistic premises.

When was Ed saved? It was either

1) when he was chosen before the foundation of the world as one of the elect, or
2) when Christ died for all of his sins (including unbelief) in 33 AD, or
3) when he placed his trust in Christ in 1995

If it is either (1) or (2), then we can rightly say that Jesus’ death immediately procured benefits for those whom He died for. But then we must ask when was Ed ever dead in his trespasses? For Scripture affirms that we are all dead in our trespasses (Eph 2:1, 5; Col 2:13; John 3:36) and need to be saved to avoid the wrath of God. And we know that Jesus came “to seek and to save that which was lost” (Luke 19:10), but it would seem that Ed was never lost.

If it is (3), which is what we affirm, that means that the death of Christ made Ed’s salvation possible but did not immediately procure anything at the time that Jesus died on the cross. Ed was lost and dead in his trespasses – all of his sins (even unbelief), despite being paid for already, were being held against him. The benefits achieved at the cross were not effective for Ed until, to wit, he acted in faith. In coming to Jesus by faith, Ed met the condition God established for all who would be saved (Acts 2:21; Eph 2:8-9; John 3:16-18; Rom 5:1, 10:9-10).

I will end with a quote from Systematic Theology by Charles Hodge, a 19th century Calvinist (link). Disagreeing with Owen, Packer, and Piper, he affirmed a general atonement in which the possibility of salvation is achieved for all but is applied only to those who meet the condition.

There is no grace in accepting a pecuniary satisfaction. It cannot be refused. It ipso facto liberates. The moment the debt is paid the debtor is free; and that without any condition. Nothing of this is true in the case of judicial satisfaction. If a substitute be provided and accepted it is a matter of grace. His satisfaction does not ipso facto liberate. It may accrue to the benefit of those for whom it is made at once or at a remote period; completely or gradually; on conditions or unconditionally; or it may never benefit them at all unless the condition on which its application is suspended be performed. … What the Reformed or Augustinians hold about election does not affect the nature of the atonement. That remains the same whether designed for the elect or for all mankind. It does not derive its nature from the secret purpose of God as to its application.

3 thoughts on “The Death of John Owen’s Argument”