In the last post we examined the idea of using the early church theologians as guides to help us make sure that we are rightly interpreting Scripture and evaluating doctrine. In this post we will explore how the principles presented in that post might work when the “bowling ball is thrown down the alley”. Or using the more common expression when the “rubber meets the road”.

Before we go much further let’s make sure we understand what this post sets out to do and what it does not set out to do. Each of the case studies presented in this post are not meant to be a full treatment on the subject.There are other aspects that can be brought into the discussion to provide a more robust examination. Obviously, it is not my goal to settle each of these doctrinal debates in this post.The main point of this post is to highlight how the early church writings can be used as part of a theological argument. 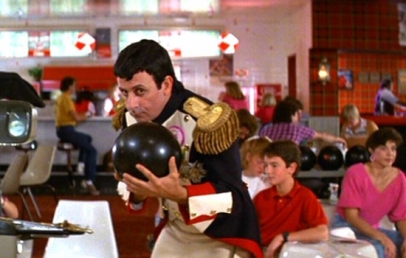 Today there is much debate within Christianity over whether salvation is monergistic or synergistic. In a nutshell, both monergism and synergism teach that salvation is all of God because it is only through Jesus’ death on the cross that our sins can be atoned for. We cannot earn our salvation. Both also affirm that salvation is received by faith based on God’s promise to save all who believe.

The key to using the early church is the Vincentian Canon: that which has been believed everywhere, always and by all

Where they differ is in how a person comes to faith. Mongergism, which means to work alone, affirms that God is the only one working to bring a person to salvation. When a person receives unconditional, irresistible grace from God they will come to faith. Synergism, which means to work together, teaches that coming to faith is a process in which both God and a person are involved in bringing a person to salvation. God provides the prior grace to a person so that they can respond, but a person still has the ability to accept or reject the gift of eternal life.

For those who frequent this blog, there is a series that explores what several different theologians wrote over the first 4 centuries on this topic. In this post we will just focus on a few.

Irenaeus, writing during the 2nd century, is one of many early theologians to express a view of salvation that acknowledged man’s part in coming to faith:

Chrysostom, writing during the 4th century, was a contemporary with Augustine. He also affirms a synergistic view of salvation.

It was not until the 5th century, after Augustine rejected the synergism he once held, that we find anyone affirming a monergistic view of salvation.

When we examine the teachings of the early church on the nature of how a person can receive eternal life we are presented with a perhaps one of the clearest examples of the Vincentian Canon. “That which has been believed everywhere, always and by all” is the key to using the early church wisely and the testimony is overwhelmingly in favor of the synergistic model. It is not common to find such strong concurrence on a topic as we have here.

The historical development of this doctrine puts the burden on monergists. As part of their argument they would have to show how the early church “lost” the monergistic model of salvation almost immediately after the era of the Apostles and then demonstrate why we should accept Augustine’s rediscovery of these so-called lost apostolic truths after nearly 400 years?

Papal Infallibility
Catholics claim that the Pope has the ability to teach doctrine with infallibility, that is without error. Let’s use that as a second test case. The doctrine known as Papal Infallibility was promoted to dogma at Vatican I in 1870. That does not mean that the concept did not exist prior to the council, but it was at this time considered a “doctrine [that] is to be believed and held by all the faithful in accordance with the ancient and unchanging faith of the whole Church”.

If we are going to examine this doctrinal claim we need to break it down into its respective parts. These are the main assertions that are made at Vatican I:

The first three points were reaffirming what the Council of Florence (1431-1449) and 2nd Council of Lyon (1272-1274) had already declared. It was the 4th point that was now newly considered dogma.

For the purposes of our case study we will limit ourselves to the passage in Matthew 16:18-19. Vatican I uses this passage to defend the primacy of Peter and therefore the Roman bishop. They also use this passage to support their claim to being able to teach with infallibility (Session 4, Chapter 1.2 & Chapter 4.2).

There is debate over how to interpret what Jesus meant when He said “on this rock I will build My church”. Often the debate centers on whether the rock was referring to Peter or to something else. When we look to early church theologians we find that there is very early and general agreement that the rock is Peter.

Tertullian, a 3rd century theologian tells us that the rock is Peter

Origen, a 3rd century theologian also tells us that the rock is Peter

The interpretation that Peter was the rock was widely held by the early church.

The important thing to remember is, just because support can be found in the early church for one or more of the ideas above does not mean that they were supporting all future developments of the doctrine. As one studies this topic they would see the development of Papal authority grow over time.

Does establishing that Peter was the rock mean that the Pope is infallible?

One of the important principles was to read each theologian in context. Let’s examine how our three theologians processed the idea that Peter was the rock.

Chrysostom is a bit cryptic. He tells us that Peter was being made a shepherd but also reminds us that the Church is built on the confession of faith.

Peter’s role, according to Origen, is the same as any other disciple of Christ. All who confess Jesus as the Christ are rocks upon which the Church is built:

Finally, Tertullian acknowledges that the Church was built on the mighty work of Peter (citing his proclamation at Pentecost and the inclusion of the Gentiles) but denies that any rights given to Peter were passed on to others.

Even with strong evidence for the interpretation that Peter is the rock we don’t see any support for the idea that the Roman bishop is supreme over other bishops nor possess the gift of teaching with infallibility.

Hopefully these two case studies (another example that examines the End Times can be found in this comment) provide some guidance in how one might use the early church to work through the interpretation of Scripture and the evaluation of doctrine.