When ever we approach a passage in Scripture or a particular doctrinal claim we want to understand what the correct meaning is or whether that claim is correct. There are a variety of factors that are involved in working through that process. 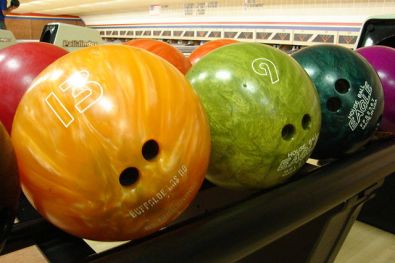 Imagine that the process is like tossing a bowling ball down the narrow alley.

We want to get a strike (the correct interpretation or assessment of a doctrine). If we can’t do that we would like to get as close as possible.

For us bad bowlers, we are happy to knock down some pins and often end up throwing gutter balls. In a game that might be fine, but from a theological perspective that would mean we are pretty far off the mark.

One of the proposed principles was: favor tradition and the historic Rule of Faith over novel theological views.

When we go bowling, we would all do a lot better if the bowling alley had some bumpers. These devices are used to prevent a ball from going into the gutter. Napoleon (of Bill & Ted fame) could certainly have benefited from these.

I like to think of the early church theologians and writings as bumpers in the bowling alley of theology. They can help us make sure we are not throwing gutter balls.

Now you might ask – how do early church theologians protect us from throwing gutter balls?

The Christian faith is based on historical events and key teachings. These were taught by Jesus and given to the Apostles who in turn were to hand that on to faithful teachers. Each person in the chain was to preserve or guard what they had been entrusted with and pass that on.

Paul give these principles to Timothy:

Jesus gave this principle to each of us:

Clement writing in 90 AD to Corinth gives us his view on this same principle:

Irenaeus writing in the late 2nd century also notes the careful passing on of sound doctrine:

And around 200 AD, Tertullian wrote in the Prescription vs. Heretics:

The main point here is that the doctrines that were given by Jesus to the apostles were passed on to other faithful men. Therefore, if we want to interpret a passage of Scripture or evaluate a doctrinal claim we should include as part of our process the thoughts of those theologians who went before us.

If we fail to appreciate and understand the historic passing on of the Scriptures and doctrine then to what are we going to appeal when we struggle with a particular passage in Scripture or a particular doctrinal claim?

And if the early church theologians got it wrong to whom are we going to appeal to correct them?

Do we have to accept everything the early church taught? No. That would be going to far in the other direction. We must carefully assess what early church theologians wrote.

Let me share some principles that should help guide us in the use of the early church theologians.

In the next post we will look at these ideas using some case studies.