A conundrum is a difficult or challenging problem. And if any book in the NT presents a conundrum it is the writing we know as Hebrews. Filled with incredibly profound  theological depictions of Christ and His work, it also has some of the most difficult passages for the reader to wrestle with. There is significant debate on who wrote the book, where the original audience lived, and to a lesser degree when it was written. But the real challenge is trying to determine what the warning passages are warning us about. 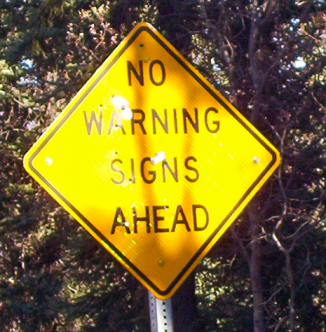 Picture by Beeblebrox via Wikimedia Commons

There is even debate as to which passages are to be considered warning passages (see this list here).

The warning passages confront the scholar and lay reader alike.

How we deal with these questions needs to be rooted in the themes and context of the writing, the grammar, and other Scriptures. However, in reading numerous views, the factor that probably has the greatest influence on which view one adopts about the warning passages is the presuppositions that one brings with them on the topics of apostasy and eternal security (for more on those topics see The Apostasy Vortex).

A Survey of Scholars

In Four Views on Eternal Security, Stephen Ashby defends the view that a person can forfeit their salvation.

Scot McKnight also advocates this view in his article the “Warning Passages in Hebrews” published in Trinity Journal.

the warnings are given to believers who can genuinely commit the sin. … [and] can lose their faith and forfeit final, eternal salvation. This view also contends vigorously that there is no evidence in Hebrews that the readers are perceived by the author to be either fakes or unregenerate. Rather, the author treats them as believers and identified himself so closely with them that division into true and false believers is impossible.

In his new commentary on Hebrews, Thomas Schreiner, advocates the hypothetical view:

The warning passages are difficult and controversial, and fine Christians disagree on their meaning. I maintain that the warnings are written to Christians. The author teaches, then, that if we fall away we will be damned. The warnings were written to arouse us from our lethargy so that we will keep following Christ to the end​. … I also argue … , no true believer will ever fall away. … God uses the warnings to keep his own children on the right road until the end.​

Sam Storms, who has a new book dealing with eternal security called Kept for Jesus, holds to the view that Christians that commit apostasy were never saved to begin with (view #3 in the table below). In his blog he writes:

Peter O’Brien has written numerous commentaries including one on Hebrews. He also advocates the view that committing apostasy means that the person was never truly saved. In an interview on TGC he states:

A key to addressing the tension between the severe warnings and the seemingly contradictory promises and words of encouragement lies, first, in recognizing the distinction Hebrews makes between “a kind of transitory faith, a form of conversion which, like the seed sown on rocky places … has all the signs of life, but which does not persevere… Such faith is spurious; by contrast, genuine faith is tied to perseverance. …

The listeners’ perseverance is the evidence of what has taken place in the past and is an essential ingredient of what it means to be a Christian, a partaker of Christ. So Hebrews “virtually defines true believers as those who hold firmly to the end the confidence they had at first.”

Norman Geisler, in Four Views on Eternal Security, argues that the author of Hebrews does not warn the readers about loss of salvation but rather loss of rewards:

Like the other warning passages in Hebrews, the context indicates that these believers are warned about losing their rewards, not their salvation. … there is no lose of salvation here. Rather it is a loss of “maturity” and growth.

it is clear that this solemn warning in no way threatens the security of the believer. … The writer of Hebrews offers a serious warning. It is a dangerous thing for a believer to turn his back on Christ. To do so is to run the risk of drifting beyond the point of return – not a return to salvation, but a return to fellowship with the Savior.

The table below summarizes the major positions on the warning passages.

Views #1, 2, and 3 all interpret the warnings in the same way. The author of Hebrews is warning people not to commit apostasy at the risk of forfeiting salvation. They also share the view that enduring faith is a characteristic of genuine saving faith.

In addition to assessing the warnings the same, views 1 and 2 both see the author of Hebrews addressing actual believers. The only difference between view #1 and 2 is that proponents of view #2 hold to eternal security. In order to reconcile the interpretation that Hebrews warns against forfeiting salvation and the idea that people are eternally secure, advocates of view #2 propose treating the warnings as hypothetical.

Proponents of view #3, like view #2, also hold to eternal security. The warnings against apostasy in Hebrews are reconciled with eternal security by assessing the people who are being warned as not truly being saved. The people being warned are professing faith but have not received eternal life through genuine faith. Failing to heed the warnings and committing apostasy are considered evidence that the person was never truly saved.

The last two views (4 and 5) are similar to each other and depart significantly from the other views in the way they interpret the punishments that would be received for failing to heed the warnings. Rather than dealing with salvation, the warnings caution believers so that they will not suffer the loss of spiritual rewards and/or endure physical punishments.

How do you assess the warning passages in Hebrews?

1 thought on “The Warning Conundrum”