The essay … The Spirit of Grace, was originally written by William G. MacDonald (link) and was edited by John D. Wagner. 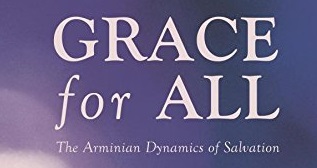 The authors present a challenge to any theologian, one that is probably not considered often enough.

The most complicating factor for system building in theology is the personhood of God. … A force, idea, or principle is far more consistent and controllable in thought than a living personality …

It is not possible, the authors contend, to fully understand grace unless we first grapple with God as One who is living and dynamic.

The concept of the grace of God is grounded in the doctrine of God’s holy Self, his personhood

The authors challenge the “working definition” of grace, which includes the idea of “unmerited favor”, since it does not require God to be personally involved or give of Himself. The idea of unmerited favor might cover the notion of “common grace” or the “goodness of God”, but is not adequate to cover the saving acts of God.

… one does well to use the biblical term “the goodness of God” to categorize the outpouring of God’s loving care on all men, sending sunshine and rain on good and bad men alike, giving man food and enjoyment, and supplying him with various life-fuels needed to sustian his journey through time as a natural man.

… this goodness of God as expressed in impersonal gifts should not be doubled in terminology with the word that is central in the New Testament for God’s giving us himself in his Son and Spirit.

Early in the essay the authors offer a definition of grace as the “fullfillment of love” and as “love given and getting through to its object by being received”. However, disagreeing with the authors slightly, adding the characteristic that grace must be received in order to be  grace is not something that should be necessary. Grace can still be grace even if we are foolish enough to refuse it.

Later, toward the end of the essay, the following three aspects of the “gift of God” (ie grace) are given (emphasis in original):

“Jesus” as the object of faith historically given, the “Spirit” drawing people and convicting the world of sin (John 6:44, 16:8), and the Spirit indwelling as the result of faith.

When Scripture tells us that we are saved by grace, it is these incredible truths and acts of God that are meant. Unless God chose to make salvation possible to sinful people through faith we could never be reconciled to Him. And unless He sent Jesus to atone for the sins of the world we would all be condemned for our sins. And unless the Spirit convicts and draws we would be unable to avail ourselves of the salvation offered through faith.

When we are told salvation is through faith we should understand this as God giving us Himself (as well as the many spiritual blessings of forgiveness, adoption, and eternal life) when a person meets the condition God set forth. That condition is faith.

Grace should not be understood as an irresistible force that overcomes a person’s will and produces faith. God “deals with the soul as Subject to subject” and allows the person to accept or reject Him and His love.

His will is gracious, but grace is not another name for will, much less irresistible will. … Will can be imposed on others less powerful than oneself without the concurrence of their wills. But grace is never imposed. Grace can only be received.

The authors, rightly, argue that sovereignty is not an essential attribute of God but rather “his administrative role or work … and his rightful relationship to his creation. Among the necessary attributes include God being Love (1 John 4:8) and Truth (Titus 1:2).

God is free, therefore, to be the sovereign Lord; he is not free to lie. This means that he can delegate … a small part of his sovereignty without ceasing to be God. On the other hand, God cannot surrender, relinquish, give up, or otherwise divest himself of his truth for any moment of time, for truth is eternal, or else it is not true. (emphasis in original)

We are reminded, as the essay concludes, that God is relational. And relationships require treating people as “souls” that can respond, accept, and reject an offer of being in that relationship.

God has always been secure in himself, yet relationally vulnerable. This relation vulnerability this personal openness to frustration – to use the theological term – this possibility of God over against his creation is the enormous cost he is willing to bear that his grace may be freely offered and freely received. (emphasis in original)