On Friday the SCOTUS, in a 5-4 decision, made same-sex marriage the law of the land expanding the right beyond the 36 states in which it was already legal (link). We should not be surprised. When a nation, governed as “we the people”, is comprised of a such a diverse group of people, not all of which are Christians, why should we expect it to adopt laws that model Christian ethics? 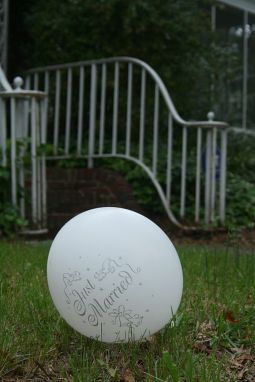 By Ildar Sagdejev (Specious) (Own work) via Wikimedia Commons

As our nation reflects on this decision, Justice Thomas wisely reminds us that the government can define a civil marriage, but it cannot define Christian marriage (link).

In our society, marriage is not simply a governmental institution; it is a religious institution as well,” Thomas wrote. “Today’s decision might change the former, but it cannot change the latter.

Mark Woods offers the same advice in his article (link):

Evangelicals (and others) have got themselves into a knot because they think the state is trying to define Christian marriage. It isn’t; it can’t, and it never could.

The problem, Thomas and others warn, is that these differences in definition will result in conflict.

It appears all but inevitable that the two will come into conflict, particularly as individuals and churches are confronted with demands to participate in and endorse civil marriages between same-sex couples. – Justice Thomas

How should the church respond to this challenge?

The Church should jealously guard its prerogative from the state, and ensure that it is never coerced into bringing its beliefs and practices into line with those of the majority if it doesn’t want to.

In a must read article by Russell Moore in the Washington Post, we are reminded of something important regarding church history. When the church offers a different way to live than the culture it often flourishes (link):

Permanent, stable marriages with families with both a mother and a father may well make us seem freakish in 21st-century culture.

Before that can happen the church needs to deal with the problem identified by Woods:

The real crisis facing family life, in America and in the UK, is not gay marriage, but divorce and family breakdown.

Roger Olson, wrestling with the same question, says that the SCOTUS decision raises up the issue of “cultural accommmodation” (link).

American conservative (traditional) Christianity is at a crossroads; this is a crisis. It wouldn’t be if they had before disentangled their theology of marriage (including divorce) from government decisions, if they had recognized that America is NOT a “Christian nation” and that true Christianity is always, everywhere, a counter cultural remnant, a group of “resident aliens,” a colony of God’s people NOT connected to any state or government.

An older article, by Mark Gaither, counters explaining the challenges of a libertarian view on marriage (link):

[marriage] is woven into the fabric of every human institution and government in the world.

I wondered how Jesus would want His church to respond.

As I read through the Scriptures, I tried to imagine what Jesus might write as a letter to the church today. As you read this, please keep in mind that I do not claim to have received a visit from Jesus as did John on Patmos. But as various churches have either accepted or are considering adopting the world’s views on marriage, I think this reflects what Jesus might say.

To the angel of the Church in the 21st century write:

The words of him who is the Bride-Groom, waiting to claim His bride, inviting all to come celebrate with him at the marriage feast.

To the one who conquers, you will be welcome at the marriage banquet and will be clothed in fine linen, bright and pure (Rev 19:6-10).