Just as Pinson examined the theology of Arminius Grace for All, Vic Reasoner explores the theology of John Wesley. Reasoner is the president of Southern Methodist College (link) and an author, having written a Wesleyan commentary on Romans (link). 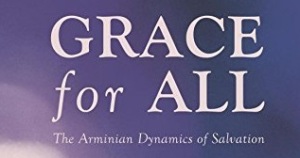 Reasoner starts off surveying the various scholars who have studied and interpreted John Wesley over the last 50+ years, highlighting Thomas Oden recently published 4 volume set that is considered “the first systematic exposition” of Wesley’s theology (amazon).

Wesleyan-Arminians affirm God’s sovereignty, but believe that God has the prerogative of not always exercising total sovereignty. Thus we have true libertarian freedom. Yet God never surrenders the consequences of our free choices to us. … God is so sovereign he can allow human rebellion, yet that rebellion does not thwart his ultimate purpose.

Reasoner draws on Wesley’s “Thoughts Upon God’s Sovereignty” in which God is described as both the Creator and Governor of creation (link). These two roles are in “no way inconsistent with each other; but they are totally different”. As Creator, God acts “according to his own sovereign will”. But as Governor, God “does not, cannot possible act, according to his own mere sovereign will, but … according to the invariable rules of justice and mercy” and these “pre-suppose free agency”.

Reasoner than explores Wesley’s writings on the topic, which I have expanded on a bit in this post. 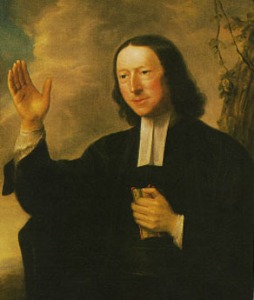 Wesley, often accused of basing their theology on man’s free will, were concerned with predestination, as articulated by Calvinists, and what it says about God. While Arminius’ primary concern was with an election that was not rooted in Christ’s work (see prior post), Wesley focused on the people who were not elect, the reprobate.

In Predestination Calmly Considered, (pdf) Wesley argues that by advocating for unconditional election, one must accept the “horrible decree” of reprobation. He bases this premise on logic as well as numerous Reformed creeds and confessions. He even reminds Calvinists that even

Mr. Calvin speaks with utter contempt and disdain of all who endeavor to separate one from the other, who assert election without reprobation. “Many,” says he, “as it were to excuse God, own election, and deny reprobation. But this is quite silly and childish. For election cannot stand without reprobation. Whom God passes by, those he reprobates. It is one and the same thing. (Inst, 1. 3, c. 23, sec.1).

At the end of that section of his work, Wesley exhorts those who hold one without the other:

Acknowledge then that you hold reprobation. Avow it in the face of the sun. To be consistent with yourself, you must openly assert, that “without reprobation this election cannot stand.” You know it cannot. You know, if God hath fixed a decree that these men only shall be saved, in such a decree it is manifestly implied, that all other men shall be damned. If God hath decreed that this part of mankind, and no more, shall live eternally, you cannot but see it is therein decreed, that the other part shall never see life. O let us deal ingenuously with each other! What we really hold, let us openly profess.

For Wesley to accept reprobation was to make God “worse than the devil”. A conclusion that all Calvinists would reject, but something which Wesley and most Arminians find is the only logical conclusion once one has affirmed unconditional election, irresistible grace, and denied any form of synergism (a choice enabled by grace) in salvation. In Sermon #128, Free Grace, Wesley writes (link):

[reprobation] represents the most holy God as worse than the devil, … the devil, liar as he is, hath never said, “He willeth all men to be saved”

But God resteth in his high and holy place; so that to suppose him, of his own mere motion, of his pure will and pleasure, happy as he is, to doom his creatures, whether they will or no, to endless misery, is to impute such cruelty to him as we cannot impute even to the great enemy of God and man. It is to represent the high God (he that hath ears to hear let him hear!) as more cruel, false, and unjust than the devil!

I abhor the doctrine of predestination, a doctrine, upon the supposition of which, if one could possibly suppose it for a moment, (call it election, reprobation, or what you please, for all comes to the same thing) one might say to our adversary, the devil, “Thou fool, why dost thou roar about any longer? Thy lying in wait for souls is as needless and useless as our preaching. Hearest thou not, that God hath taken thy work out of thy hands; and that he doeth it much more effectually? …

Wesley was never one to mince words!

1 thought on “Grace for All: John Wesley challenges Reformers on Reprobation”