October 31 will mark the 500th anniversary of Martin Luther hanging the 95 Theses on the doors of the church in Wittenberg to contest the sale of indulgences. 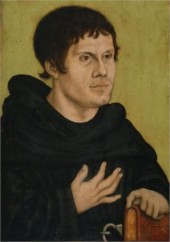 #21 Thus those indulgence preachers are in error who say that a man is absolved from every penalty and saved by papal indulgences.

#37 Any true Christian, whether living or dead, participates in all the blessings of Christ and the church; and this is granted him by God, even without indulgence letters.

The 95 Theses are considered the spark that ignited the Protestant Reformation. Of course the fire of reformation burned on the early work of Wycliffe, Hus, and others. What made Luther different from the reformers that preceded him? According to Roger Olson (link), “Hus was burned at the stake, largely ending his ministry and movement, and Luther was not.

According to Challies definition, I would not be considered Reformed, as he links the term strongly with the theological points captured in TULIP (link). However, I consider myself so in the sense that I identify with the needed break from the errors of the Roman Catholic Church.

[The Protestant Reformation was a] biblical response to the excesses and perversions of the Roman Catholic Church. The Reformers, having returned to Scripture, attempted to carefully and faithfully rebuild the church upon the teachings of the New Testament.

Here are some posts written over the last few years on the Reformation.

In part 1 of this series the dilemma that Owen poses to those who reject a limited/particular atonement was explored. According to Dr. Owen the options are:

We left off with Owen acknowledging that others interpreted key passages differently than he did. Those who disagree argue that there is a distinction that must be made between Christ procuring spiritual blessings for all and applying them only on those that believe.

Some of them say that Christ, by his death and passion, did absolutely, according to the intention of God, purchase for all and every man, dying for them, remission of sins and reconciliation with God, or a restitution into a state of grace and favour; all which shall be actually beneficial to them, provided that they do believe

Owen vehemently rejects this view citing several reasons in Book II, chapter 4. Several of these seem to be begging the question as they are restating Owen’s conclusions. 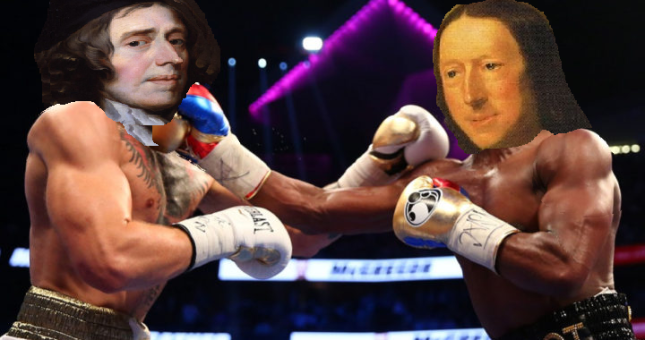 END_OF_DOCUMENT_TOKEN_TO_BE_REPLACED

As we approach the 500th anniversary of the Reformation, we are looking at some of the people that have stood out in the history of the church. This past Sunday we focused on John Wesley.

John Wesley was born in Epworth on June 1703 to Samuel and Susanna Wesley. Living a full life he died in March of 1791, having spent most of his life preaching the Gospel and making disciples in Methodist Societies. He was well known during his lifetime, and the following was written about him in The Gentleman’s Magazine after his passing (link). 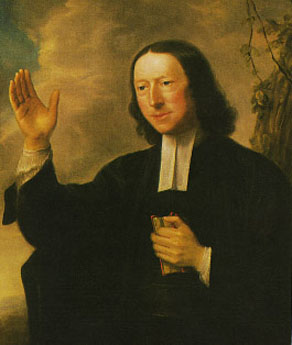 He was noted as a zealous reformer:

He now appeared as a zealous reformer, and the great leader in a sect no way differing in essentials from the Church of England. His peculiar opinions were justification by faith, and Christian perfection; … however he might enforce its possibility, he always disclaimed having attained himself …

and humanitarian to the needy: END_OF_DOCUMENT_TOKEN_TO_BE_REPLACED