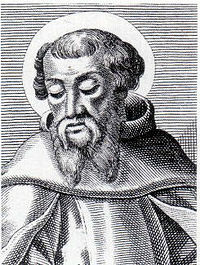 Irenaeus was a theologian and apologist during the 2nd century. He lived in Asia Minor (Turkey) before becoming Bishop of Lyons (in France). While in Asia Minor, Irenaeus was was taught by Polycarp who was the Bishop of Smyrna and who was himself trained by the Apostle John. He even made Parchment and Pen’s Top Ten Theologian list.

Around 180 AD Irenaues wrote a treatise – Against Heresies – which defended the Christian faith handed down by the apostles against various heretical teachings at the time. As he writes about Christ’s coming into this world one can see the influences of the Gospel of John. Keep in mind as well that this was written nearly 150 years before the Council of Nicea. END_OF_DOCUMENT_TOKEN_TO_BE_REPLACED

Modified from original which was published on December 23, 2010.

The letter to Diognetus, generally dated between 130 and 200, is by an unknown author to a recipient named Diognetus. Diogentus, who may or may not be a real person, has questions about Christianity that the author tackles in the letter. The questions are found in chapter 1 and can be summarized as:

In chapter 7 of the letter the author talks about the God we trust sending His Son:

For, as I said, this was no mere earthly invention which was delivered to them, nor is it a mere human system of opinion, which they judge it right to preserve so carefully, nor has a dispensation of mere human mysteries been committed to them, but truly God Himself, who is almighty, the Creator of all things, and invisible, has sent from heaven, and placed among men, [Him who is] the truth, and the holy and incomprehensible Word, and has firmly established Him in their hearts. He did not, as one might have imagined, send to men any servant, or angel, or ruler, or any one of those who bear sway over earthly things, or one of those to whom the government of things in the heavens has been entrusted, but the very Creator and Fashioner of all things—by whom He made the heavens … This [messenger] He sent to them. Was it then, as one might conceive, for the purpose of exercising tyranny, or of inspiring fear and terror? By no means, but under the influence of clemency and meekness.

At Christmas time we celebrate the birth of our Savior. That special time in history when God chose to send His Son (the Word) from heaven to become flesh and dwell among us (John 1:1-2,14). That baby that we see lying in the manager of our nativity is ‘the very Creator and Fashioner of all things’ who commands the sun, moon, and stars.The Word through whom all things are made (John 1:3; Heb 1:2) and who embodies grace and truth and holiness.